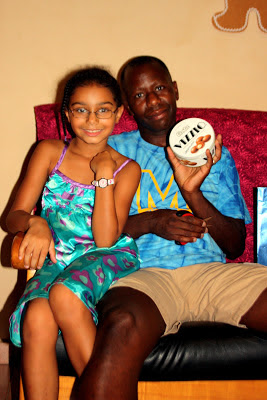 But they that wait upon the Lord shall renew their strength; they shall mount up with wings as eagles; they shall run, and not be weary; and they shall walk, and not faint.  Isaiah 40:31

I have always loved the image of soaring on wings like eagles and often think of this verse when I spot birds high in the sky.  It is the waiting part that I'm not so good at.

This past week God gave me a great object lesson that brought this verse home.
On December 22nd, three baby birds hatched from their eggs on our back porch.  Every day we monitored their progress from the window, enjoying watching their growth and the way their mother took care of them.  Often, when the momma bird came back with food and the babies peeped their heads out of the nest, Daniel would excitedly exclaim, "Babies!"  We would all look, scrambling to snap a few photos.
Looking back on the progression of the photos, the verse from Isaiah and a great analogy came to me.

The first couple of days after hatching, the babies' eyes were closed.  They flopped around without a real purpose, depending solely on their mother for food and warmth.  Because they were born that way, they did not know what they were missing.


It is the same with us.  Before we know Christ, we are spiritually blind.  We do not know what we are missing until Christ opens our eyes and we see the world through His eyes.

You say, ‘I am rich; I have acquired wealth and do not need a thing.’ But you do not realize that you are wretched, pitiful, poor, blind and naked.
Revelation 3:17

After the babies' eyes were opened, they continued to stay in the nest a few more days, being cared for and fed by their mother.  Every time she came near, they quickly popped up their heads, eagerly straining their necks to receive the nourishment they needed to grow.

It is the same with us.  Both as new believers and seasoned followers of Christ, we cannot grow without nourishment from God's Word.  We are to approach God with the same eagerness as these baby birds.  That is how we grow in both faith and wisdom.

Jesus answered, “It is written: ‘Man shall not live on bread alone, but on every word that comes from the mouth of God.’”  Matthew 4:4

After a couple more days, the fledglings began to grow restless, wandering around the top of the porch pillar that contained their nest and stretching out their wings.  It was if they knew the day to use them was coming soon.  Yet, they were not quite ready.  They needed to wait.

It is the same with us. God has a purpose and a plan for each one of our lives.  He wants to see His purposes fulfilled through us, but in His time.  Sometimes the hardest part of following God's will for our lives is the waiting.  We want to stretch our wings and fly, but we are still waiting for His promises to come to pass.  Our job during these seasons in our lives is to prepare ourselves and wait patiently.

When God made his promise to Abraham, since there was no one greater for him to swear by, he swore by himself, saying, “I will surely bless you and give you many descendants.” And so after waiting patiently, Abraham received what was promised.  Hebrews 6:13-15

January 1st signaled the start of a new year and a new beginning for the three fledglings.  One by one, they waited anxiously by the edge of the pillar.  And one by one, the mother bird swooped out of nowhere, pushing them out of the nest and soaring with them to new heights.

However, one of the birds soared straight into our back window and tumbled to the ground.  It stumbled around for a few minutes, seemingly alone.  Then, again, from out of nowhere the mother swooped down, picking up her child and helping it to fly once again.

Finally, mother and child were perched together in a nearby tree.  Through the guidance of his mother, the fledgling had grown both in strength and confidence.  He is ready for the next adventure.

It is the same with us.  When the time comes and we are prepared, God gives us the courage needed to take the leap of faith.  As we go off  into the seemingly unknown, however, we may lose our equilibrium for awhile.  We may bump into a few walls.  Yet, God promises to always be there with us.  He is right by our side, ready to swoop us up and carry us to new heights.

Again: But they that wait upon the Lord shall renew their strength; they shall mount up with wings as eagles; they shall run, and not be weary; and they shall walk, and not faint.  Isaiah 40:31

May the Spirit of the Lord propel you to new heights!