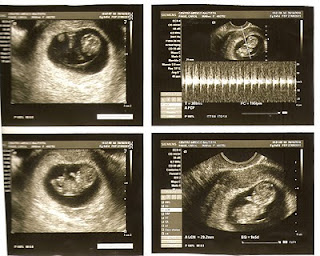 A Miracle for the Paiges

As many of you know, Donald and I have been married for 15 years and have never been able to conceive. In 2003 we tried fertility treatments without success. As the process was becoming considerably more frustrating and stressful, we decided to stop the treatments. That is when God put it on our hearts to adopt. Our daughter, Cora was born in October of 2004 and she was in our home by that December. She is a beautiful gift from God that was a long awaited answer to prayer.

As time went on we began to have the desire for another child. Between raising support as missionaries and going to Costa Rica for a year of language school we were never in one place long enough to adopt again. We fully expected, however that we would adopt once we got settled in Paraguay.

That is when all the obstacles began. The laws for adopting to foreigners kept changing. At first it was that we had to be in the country 1 year before we could adopt, then it changed to 2 years and now it is 3 years. We also have to have our permanent residency, which we still don't have yet. We even spoke to a woman who did private adoptions, but she was requiring a very large fee.

I know that our God is the God of the impossible. Sometimes I just need to be hit over the head with a two by four to really get it. Anyway, this past July we were working hard to get the paperwork completed to turn in for our Permanent Residency status in Paraguay. Part of the process was a psychological exam. We had to do it in the public health center.

Before starting my exam the psychologist asked me how many children I had. I told her that I had one. She then asked if I wanted more children. I explained to her that Cora was adopted and that our desire was to adopt again in Paraguay, but that we were encountering many roadblocks. At that moment the other psychologist who was sitting in the room got up, came close to me and declared:

A couple of days later I shared with a friend about what the psychologist had said. She then shared with me that she had been praying one evening and asking God why it was so difficult for me and Donald to adopt. She had felt God say to her, "Why am I going to allow them to adopt if I am going to give them children of their own?"

When we shared what had been said with the prayer warrior in our church, he asked why it took a complete stranger to get me to start believing what he had been proclaiming all along. He then went further to say that I would be pregnant by August or September.

Donald and I began a 21-day Daniel fast a little over 2 weeks ago in order to grow spiritually and pray for specific breakthroughs in our lives. Last week all the food that we could eat was becoming really unappealing to me and I started feeling nauseous. Yesterday morning, on a whim, I decided to do an at-home pregnancy test just to confirm that I was not pregnant (oh the unbelief!).

When I got out of the shower I did a double take as I looked at the positive result on the test stick. My first thought was, "This can't be right!" I then showed Donald. His first reaction was to pray and thank God.

Well, a blood test later that day confirmed the positive result. I am about 7 weeks pregnant. Glory be to God!

He is always faithful to fulfill His promises in His time even despite our periods of unbelief :-)!
Posted by The Paige Family at 5:43 PM 12 comments: